Judge and Jury Find Against Seller

Chicago, Illinois – March 7, 2019 – United States Federal District Court for the Northern District of Illinois – A judge and jury have unanimously ruled that a car sold as “numbers matching” must have its original trim tag.

The case involved a 1969 Chevrolet Camaro RS Z28 (VIN: 124379N697642) and was prosecuted by Bryan W. Shook, Esquire (Vintage Car Law® – Shook Legal, Ltd.) and Richard K. Hellerman in Federal Court in Chicago. The car was bought by the seller in Illinois circa 2004 and immediately taken to a restoration shop for repairs/restoration. During the restoration the original color of the car was discovered to be Burnished Brown. The seller was unhappy to learn that the original color of the car was brown and not black. It was decided to repaint the car Tuxedo Black and change the cowl tag (trim tag) to reflect the updated color. Also during the restoration the interior was changed from black standard interior (code 711) to black custom interior (code 712). This change was also reflected upon the new cowl tag. The seller owned the car for a number of years and decided, in 2014 to sell it.

Photo of the Camaro – 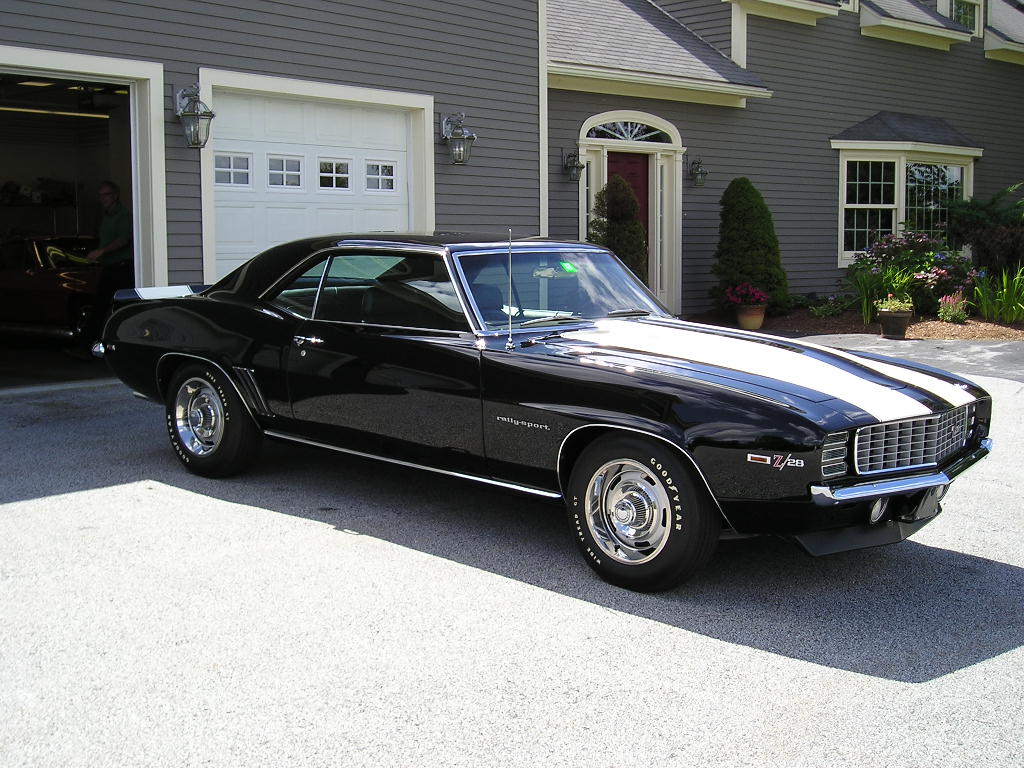 The seller advertised the car in Hemmings Motor News as “1969 Camaro Z28, Tuxedo Black – all #’s and components matching … $119,000” The buyer, who had been looking for such a vehicle (specifically a Black or Hugger Orange Z28), called the seller and specifically asked if the car was originally black and if it was original numbers matching. The seller confirmed these statements and sent a picture of the cowl tag to the buyer as proof. A deal was struck for $119,000 and the car changed hands.

The buyer was very happy with the car; it was beautiful. It was not until an appraisal for insurance purposes, over a year later, that true nature and identity of the car was discovered. During the appraisal, conducted by a noted Camaro appraiser and expert, it was noted that the cowl tag was not original to the car. Additionally, it was discovered that the rear axle was poorly restamped and not original to the car. The buyer was SHOCKED and immediately sought to unwind the deal. The seller stayed steadfast insisting that all was fine with the car.

A jury trial was held at the end of February, 2019 and the jury unanimously returned a verdict of fraud in favor of the buyer and against the seller. The jury found actual compensatory damages in the amount of $66,350 and $119,000 in punitive damages. The judge separately found in favor of the buyer and against the seller for breach of contract and breach of express warranties and ruled that the seller had to buy back the car (rescission) and pay buyer for all expenses incurred maintaining the subject Camaro since buyer first demanded rescission with costs of the suit. The total judgment award, including the rescission award was in excess of $300,000.00.

Attorney Bryan W. Shook is not only a devoted automotive enthusiast, but is also an experience litigator who devotes a large portion of his law practice to helping other collectors and hobbyists understand today’s market and protect their automotive investments. Attorney Bryan W. Shook is a seasoned automotive collector and restorer and as such brings real world experience and firsthand knowledge to the table for his clients throughout the world. Although Bryan Shook is headquartered in central Pennsylvania (close proximity to Carlisle and Hershey), Attorney Bryan Shook is available anywhere for consultation, advice, and information, most times, on as short as a day’s notice. If you’d like more information about this topic or would like to speak with Attorney Bryan W. Shook please email him at bshook@shooklegal.com or by phone at 717-884-9010.  More information can be found at http://www.vintagecarlaw.com.

Have a code add/correction or site enhancement?  Know of a link that you think should be added?  How about feedback?  Click Here to contact us

Use VINmagic to decode your VIN

Copyright © 2023, - DataTagDecoder.Com does NOT offer vehicle authentication services or Vehicle Identification Number (VIN) decoder services. DataTagDecoder.Com does not guarantee 100% accuracy in information being presented. This data has been collected from GM and non-GM sources, both published and out of print references but has been checked for accuracy to the best of our ability Full Terms of Use and Privacy Policy LEGAL